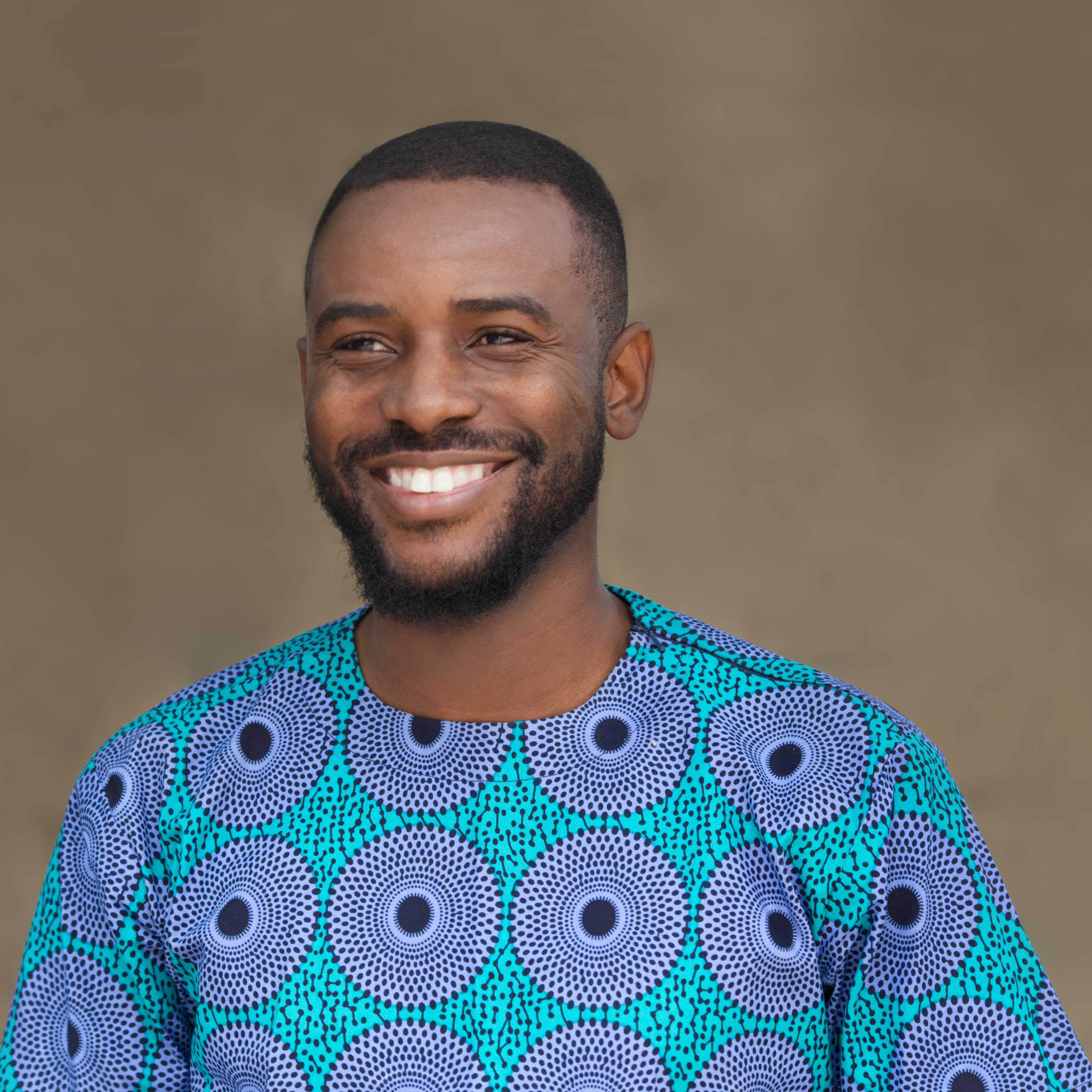 When Suyi told me he needed new author headshots for the announcement of his book deal with Orbit, a fantasy novel trilogy – The Nameless Republic, I was beyond excited.

This was his SECOND book, and after the success of his highly acclaimed debut novel – David Mogo, Godhunter, I was excited to be a small part of his story.

Suyi is in fact very familiar with the world of professional photography, having worked in a portrait studio for some time when he was back home in Nigeria, so he knew exactly what he wanted for his headshots.

As a portrait photographer who mostly works with everyday people who aren’t used to being in front of a camera, or know the first thing about lighting or posing, this was a different experience for me.

We talked at length about what he wanted out of this session, and on the agreed day, I drove to Tucson to photograph him.

He knew he wanted to be photographed outdoors in natural light.

He knew he wanted to be photographed in one of his ankara shirts, so he showed me a few options and we worked through them to pick out the one he was photographed in.

He knew he wanted a photo that looked professional and showed his easy going, fun personality, and I’d like to think that I delivered exactly that.

FUN FACT – The photograph we loved the most, which he uses as his online avatar now (and for the foreseeable future) was a candid. He didn’t know when I took that shot.

Let me know what you think :-) Cancel reply